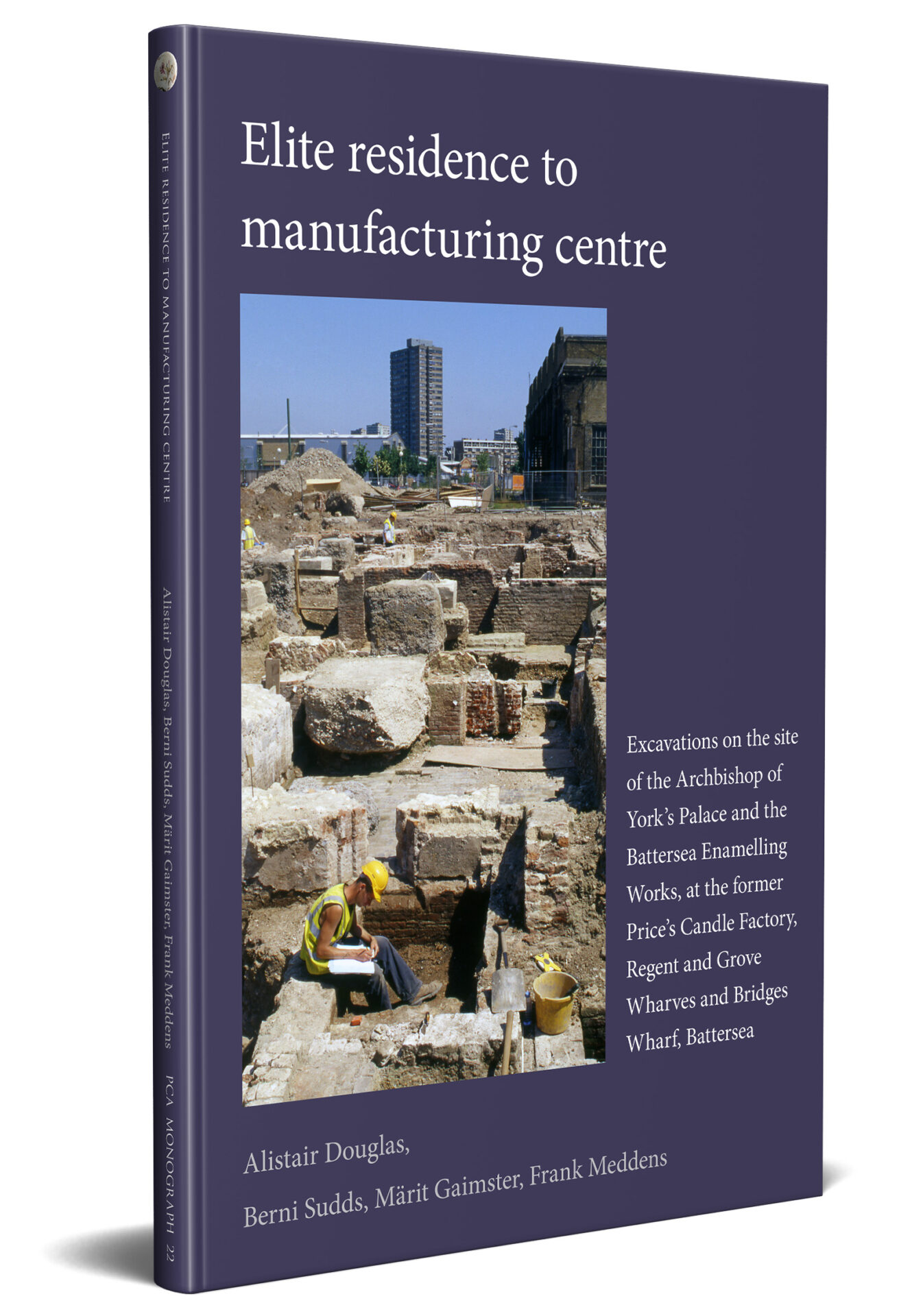 Excavations on the site of the Archbishop of York’s Palace and the Battersea Enamelling Works, at the former Price’s Candle Factory, Regent and Grove Wharves and Bridges Wharf, Battersea

Excavations in Wandsworth along the riverfront to the east of the Thames (which here trends roughly south to north), have revealed details of the diverse history of this part of the borough and its fluctuating fortunes. This monograph details the results of excavations at three sites along that stretch of riverfront at Price’s Candle Factory, Regent and Groves Wharves and Bridges Wharf.

A ditch and associated Middle and Late Bronze Age pottery are the only evidence for prehistoric activity here. It was not until the later 15th Century that development of the area began in earnest, with construction of a moated manor house, known as Bryggecourt, or Bridge Court, which later came to be known as York House. Initially constructed as an episcopal residence, this manor house provided a country retreat for the pleasure and relaxation of bishops of York, yet was close enough to allow a visit to London and the Royal Court whenever necessary.

At Bridges Wharf evidence for the revetments which controlled and modified the waterfront was revealed, whilst at Regent and Groves wharves an 18th-century sugar plant gave way to a turpentine factory. York House suffered changing fortunes. Variously used as a prison, private residence and industrial premises, by the mid-19th century the site had become the location of one of the country’s foremost candle manufactories. Amongst various industries the site was home to the Battersea Enamelling Manufactory; only in existence for three years, between 1753 and 1756, this operation was short but highly innovative and influential. Recent development has seen the area turn full circle and return once more to residential housing.